ONE BOOK FOR PEACE 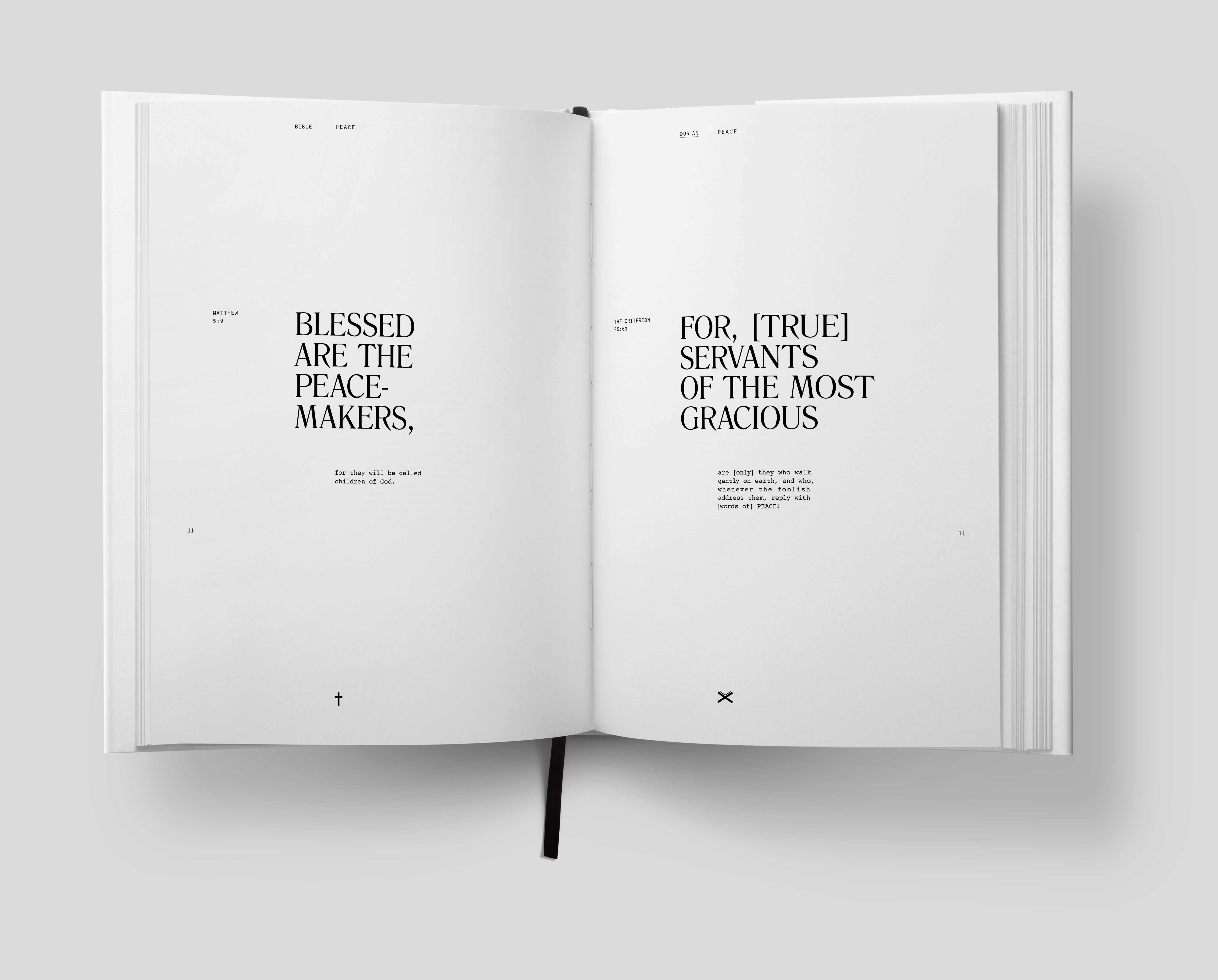 Religious differences are still at the heart of many conflicts around the world. The Inter-Religious Council of Bosnia and Herzegovina wished to put an end to prejudices and raise awareness of the importance of inter-religious dialogue.

This project was created in cooperation with the agencies New Moment and VMLY&R Dubai, and was designed for the Interreligious Council of Bosnia and Herzegovina, aimed at breaking down religious prejudice and raising awareness about the importance of mutual understanding and interreligious dialogue. To tackle religious prejudice and encourage dialogue, the Interreligious Council in Bosnia and Herzegovina created One Book, that features teachings from the Bible and Quran printed side-by-side to demonstrate how similar they are – and to show how there’s more that unites than divides. The following year, we decided to convey a message of peace through a different media, creating One Poster for Peace.

The book premiered on Al Jazeera Balkans as a challenge and a call to respond in common to complex religious and secular issues. It was sent to influential leaders, such as Pope Francis, Donald Trump, Antonio Guterres, Secretary-General of the UN.

The campaign received a total of 53 million impressions. From sending One Book and Posters to influential leaders, to placing them in between the church and the mosque, we have reached 96% of the total population of Bosnia and Herzegovina, and 100% of its online population.

In competition with staggering 46,000 entries, this project has won as many as 5 Cannes Lions – one Gold Lion (in the Design category), one Silver Lion (Promo & Activation) and three Bronze Lions (Print, PR and Radio), while One Poster for Peace also won a Bronze Lion in Print category.

“It’s great when a project originates from a place such as Balkans, and becomes successful on a global scale, which is the proof that good ideas are universal, moving and connecting us, wherever we are. I think it’s best when you can take such an important topic and present it in the simplest possible way, making it understandable to everyone. The essence is usually right before our eyes, and that’s the greatest strength of this idea” ANA ŠUTIĆ, CREATIVE DIRECTOR, NEW MOMENT NEW IDEAS COMPANY