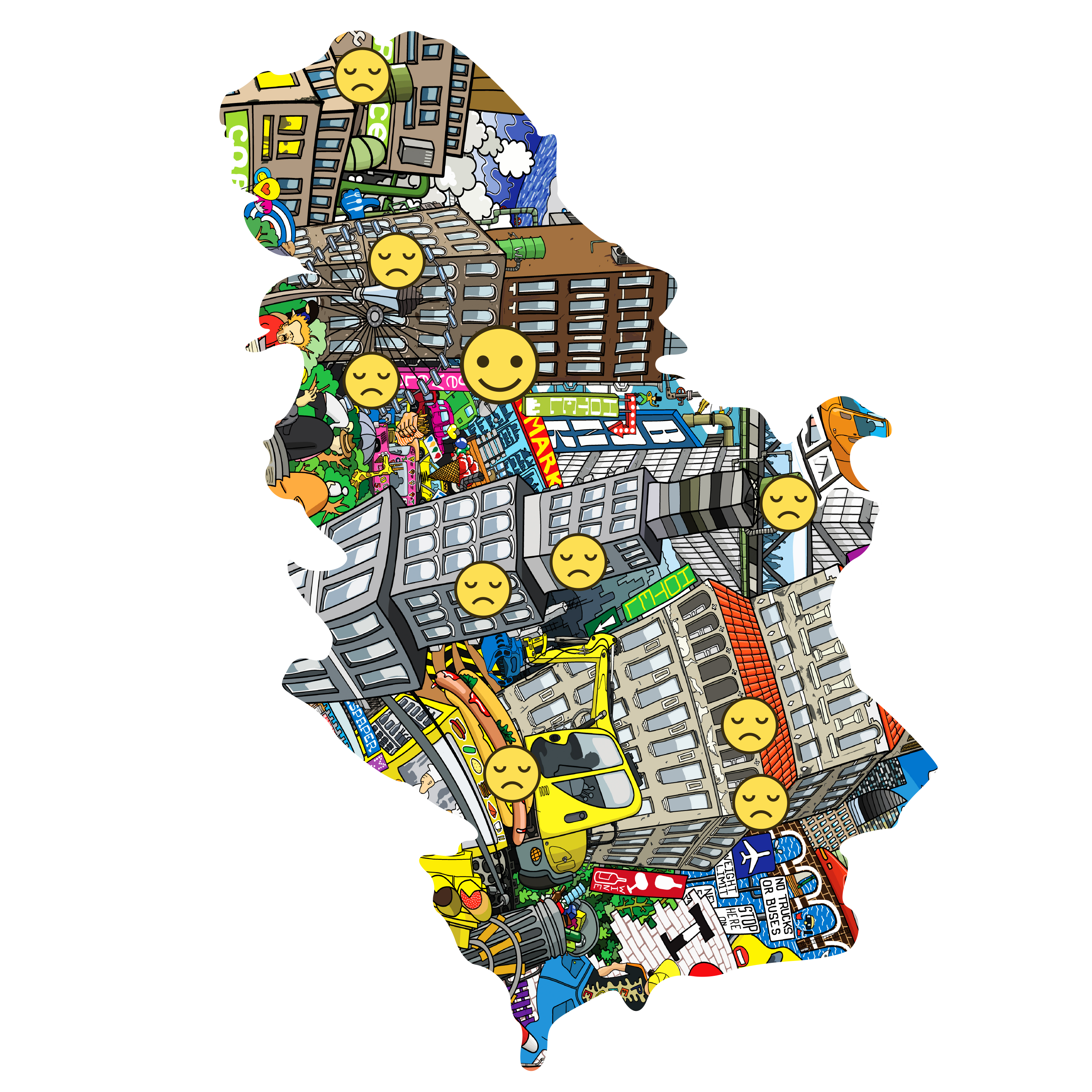 Although the title is primarily a reminder of southern sorrow seeking solace because of the state of the profession, the same one can be applied to other parts of Serbia. If we talk about centralization as a general state of our society, which seems impossible to reverse in a way similar to models of some of the better organized countries in Europe), this notion is most obvious precisely in market communications. Although there is no precise data, it wouldn’t be a mistake to say that over 90% of the activities take place in the capital.

First of all, advertisers and clients are located there, because even larger companies operating in other cities and towns have their headquarters in the form of top management and marketing sector in Belgrade. Only manufacturing facilities are located in cities where the companies are originally from. So, in order to work as a marketing agency for them, you need to also be located in Belgrade or spend half your time commuting.
In addition, all electronic and print media with national coverage are based in the capital. What remains for other cities in Serbia are local media and web portals with limited reach and, in turn, limited advertising effects.

The marketing communications market is partly located in the major cities of Nis and Novi Sad, where there are some agencies and graphic design studios, but this is disproportionate to the size of these cities and their significance.

Who is responsible for this? Certainly not the state of consciousness nor potential, because there is no lack of creative people who are eager for work and new knowledge, in fact they are a commodity that Serbia exports, which all of us are witnessing. Companies shouldn’t be blamed either because the business goes where the power centres are. Therefore, it all depends on the decision to really implement decentralization.

Recently, there has been some progress, so Nis has more and more companies investing more seriously in their brands, the awareness of the necessity of thought-out planned communications is higher and there are more local clients. This is encouraging, but not enough to declare an upward trend.
Proposal (because criticism is just an empty story without a proposal for a solution):

All cities with a population of more than 150,000 should receive one TV and radio station with national frequencies. Decision-making centres should be at least partially relocated: the Ministry of Agriculture should be moved to Novi Sad, the Ministry of Economy to Kragujevac, the Ministry of New Technologies to Nis, and most government agencies should also be relocated. Government sessions would be held in a different city every month. There is much more, but this text is too short for everything.

Clients and marketing communications will adapt to this. Otherwise, in several years, marketing strategies would be planned within a circle that outlines public transport in Belgrade, while only basic food items would be sold outside it. It is not an inevitability or a process that cannot be reversed – for the benefit of everyone living here.