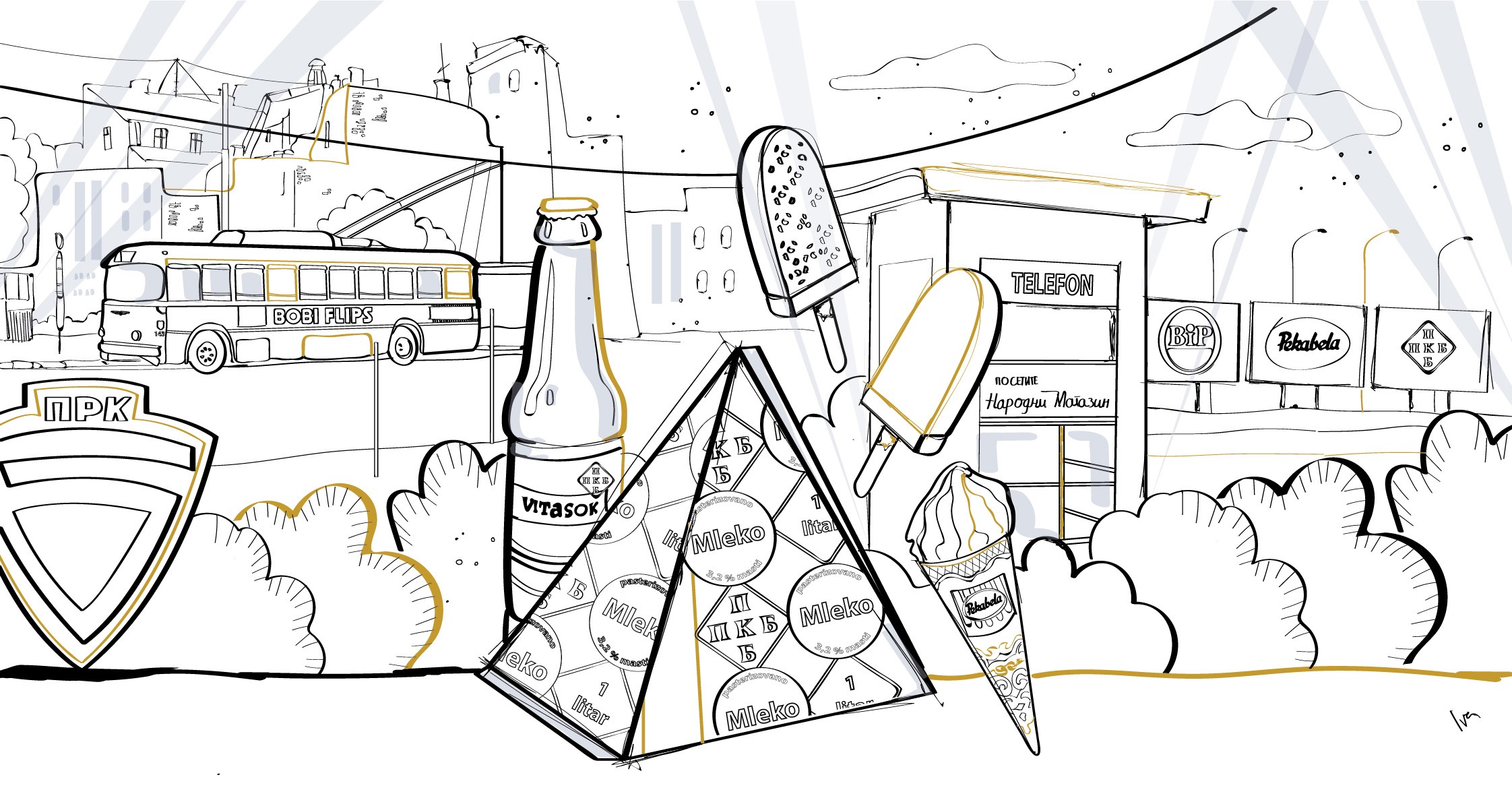 At the beginning of the 20th century Belgrade was not ready for outdoor advertising, which does not mean that OOH did not exist in some specific forms. Every form of advertising that could be seen on streets was OOH. However, there were certain moments as certain milestones showing that, even in difficult circumstance, Belgrade did keep pace with the world…

Back in 1935 the construction of the Main Post Office building commenced and just in front of the same building Alma Quattro installed its first backlit billboard 56 years later.

The first tramway clattered on the cobbled streets of Belgrade in 1894 and Merima Kruševac advertised its products on a tramway carriage in 1937.

In 1957 the Belgrade Fair was opened attracting enormous budgets for sponsoring international events that took place in the Belgrade Fair halls. The enterprises that took part in those and other events in the SFRY as exhibitors or sponsors had profits and benefits owing to the advertising structures that directly enabled the visibility of their products and services, which was measured by the number of visitors. The biggest value they had was that their advertising material could be seen during television broadcasts or on a spot which would be photographed for daily newspapers. After the Marakana stadium had been built, even JAT wisely purchased the right to display its logo in the hall.

In 1969 “Hair”, a rock musical, had its premiere in Atelje 212 theatre accompanied with an advertisement in 21 Svetogorska Street. About forty years later, Atelje’s cultural event advertisement “moved” to Alma Quattro’s media within the long-term media partnership.

In 1972 Belgrade welcomed the second FEST under the slogan Brave New World, while Republic Square welcomed an ambitious OOH structure constructed for that particular occasion.

During the 1970’s, on Mostar Interchange, the first advertising structures – billboards were installed for advertisements of favourite Yugoslav products.

There had not been billboards in the old part of the city until 1994, when they were installed by Alma Quattro, along with the first backlit billboard in front of the Main Post Office building, which marked the beginning of the accelerated development of this advertising medium.